So Nicaragua finally figured out that it’s wave fertile shores hold countless world class spots, and that some of the younger generation that were privy to travelers bringing in surf boards, are actually competing on an international level.  This year has brought about several national surf competitions sponsored by the Nicaraguan Institute of Tourism and has given the local kids, as well as transplant ex-pats a chance to show their skills.

Nica Surf’s own Kevin Cortez placed 2nd at the competition on Sunday after leading the semifinals on Saturday with the highest score.  In the final heat, he scored right behind a fellow Gigante surfer, Jackson Obando, to leave Gigante dominating the Junior surfer scene.   This automatically puts Kevin and Jackson in the ISA (International Surfing Association) tournament in June where they will compete on an international level, representing Nicaragua.  The boys also graced the cover of Nicaraguan art magazine “Hecho” this month and are definitely stars on the rise to look out for.

Kevin on the left and Jackson “Chele” Obando in the center

Kevin Cortez in his final heat.  He stuck this, by the way.

He’s all grown up!

The comradery between the local kids is amazing to watch.  They share surf boards & encouragement.

Kevin placed second, with Chele in first, and won trophies and swag from local businesses.

He’s got vision!  Look for this star on the rise in your future Surfing mags!

Give us a shout!  speak@nicasurf.com 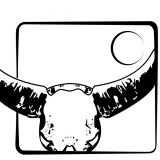 NicaSurf is the original surf camp in Nicaragua. We have a bitchin' beachfront lodge, two boats, and we're located in the heart of the best surf Nicaragua has to offer. With nearly 20 years under our belt here in Nicaland, you know you're with the most experienced surf camp in the region.